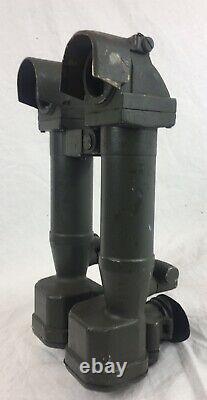 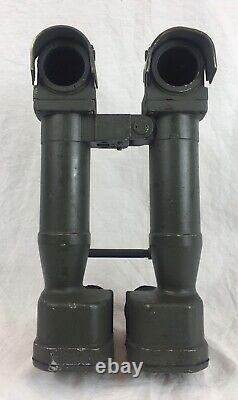 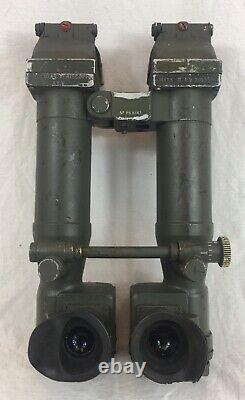 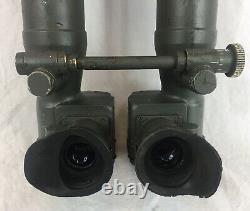 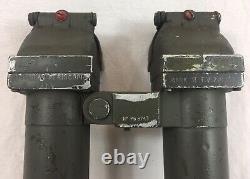 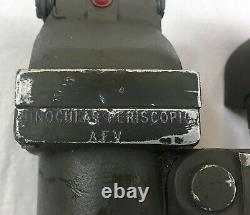 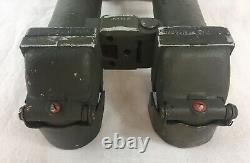 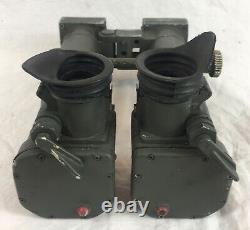 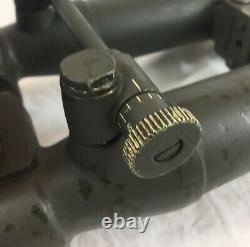 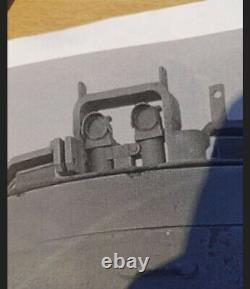 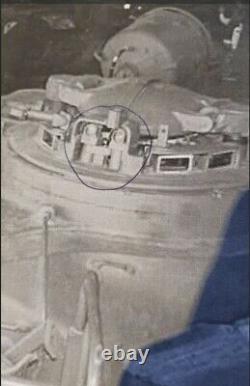 Vintage, Post WW2, British Army / Military, A. Periscope Binocular, as used in the 2nd World War and beyond. As fitted on the Centurion tank and mounted in the turret. The Centurion was the primary British army main battle tank of the post-World War II period.

Introduced in 1945, it is widely considered to be one of the most successful post-war tank designs, remaining in production into the 1960s, and seeing combat in the front lines into the 1980s. Marked Binocular Periscopiuc AFV, MK2 FV 210352 AVL PB8743. Used, but working order, with relatively clean optics. Some wear, scratches, dints and marks etc.

They have also been over painted. Made in Britain by AK & S. Kershaw and Sons Ltd They were made to be mounted on tripod, tanks and other armoured units, or used in trench type environments. Inter-pupillary adjustment knob with markings from 60 to 70; hinged eyecups; spring loaded glare shields; right eye-piece reticle; smooth easy to use focusing levers. Kershaw and Sons Limited 1888. BASED: Leeds, Leeds, West Yorkshire, England, United Kingdom. The item "Vintage, Post WW2, British Army / Military, Periscope Binoculars, Centurion Tank" is in sale since Thursday, December 17, 2020. This item is in the category "Collectables\Militaria\World War II (1939-1945)\Field Gear".

The seller is "andrew_frost7r3b" and is located in Matlock. This item can be shipped to United Kingdom.