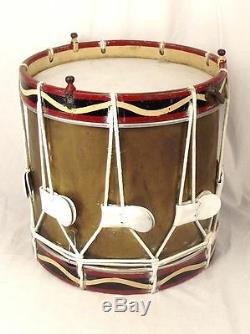 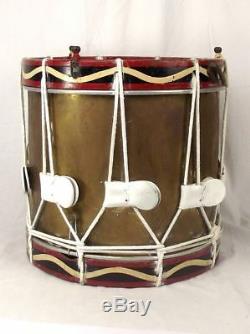 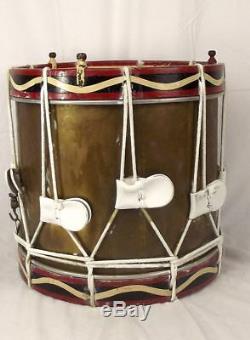 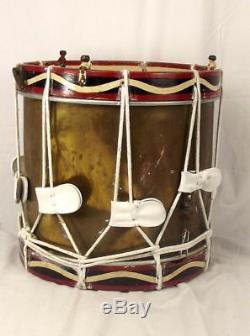 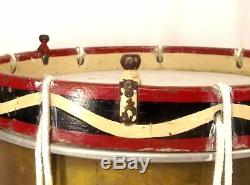 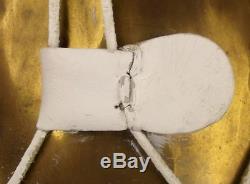 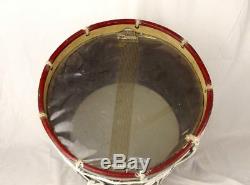 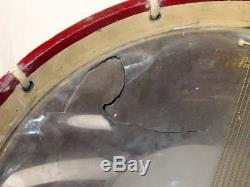 Post 1953 Coldstream Guards Practice Side Drum This drum was used by the Coldstream guards, post 1953, it came with the complete uniform set. An attached label states it was "from a private collection including large amounts of militaria, originally based within the London area". It is not a parade piece as it has no battle honours. The rope tensioned side drum is made from brass and has its original parts including ropes and white leather bindings. The top edge and lower edges, which are made from wood and hold the ropes in place, have red borders, a blue centre & and a white wavy line which goes down the centre. The drums brass is stamped.. "Boosey & Hawkes Makers London 18327" Coldstream Guards The Coldstream Guards (COLDM GDS), is a part of the Guards Division, Foot Guards regiments of the British Army. It is the oldest regiment in the Regular Army in continuous active service, originating in Coldstream, Scotland in 1650 when General George Monck founded the regiment.

It is one of two regiments of the Household Division that can trace its lineage to the New Model Army, the other being the Blues and Royals (Royal Horse Guards and 1st Dragoons). Dimensions The drum has a diameter of 14.5 inches (36.8 cm) and a height of 14.6 inches (37.2 cm).

It weighs 3.9 kg. Condition The drum is in a good but used condition: the brass body has a few large dents and some general wear. The paintwork on the edges has some chipping. The lower plastic skin is torn. The item "Post 1953 Coldstream Guards Practice Side Drum" is in sale since Saturday, April 25, 2015.

This item is in the category "Collectables\Militaria\Other Militaria\Army". The seller is "theantiquesstorehouse" and is located in Portsmouth, Hampshire. This item can be shipped to North, South, or Latin America, all countries in Europe, all countries in continental Asia, Australia.