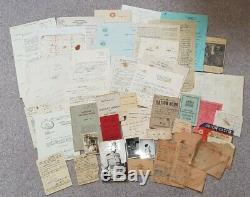 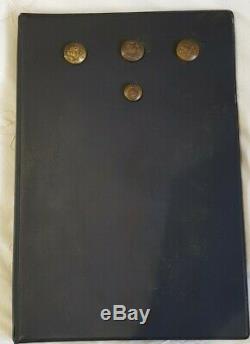 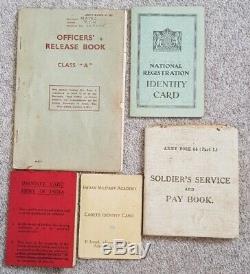 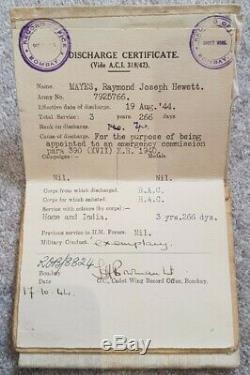 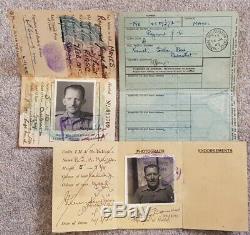 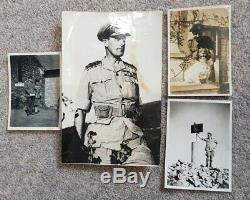 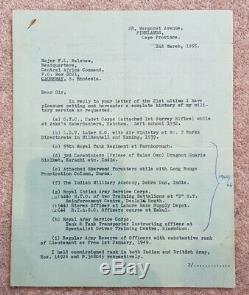 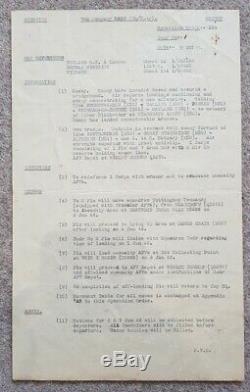 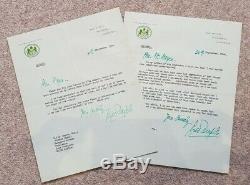 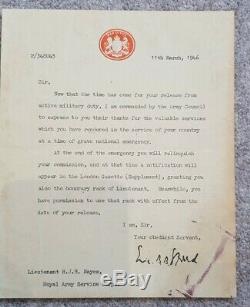 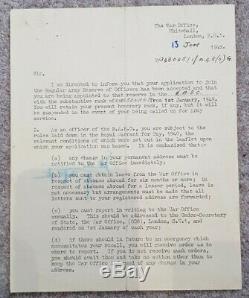 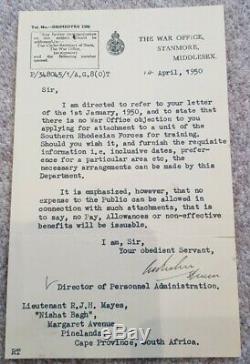 Fantastic and interesting large original WW2 & post-war Document collection for 1 British soldier who served in both the RAF and the Army and in multiple theatres of war - India, Burma, South Africa and Rhodesia. Raymond Mayes, who ended his career as an army Leuitenant. There are approximately 45 separate items in total spanning 1939-56.

He was in many different army units and was a trained Tank & Tank Transporter instructing officer. The collection is extensive and housed in a vinyl folder decorated with army buttons. One of the letters gives a summary of his colourful service history.

This item is in the category "Collectables\Militaria\World War II (1939-1945)\Documents/ Maps".patri" and is located in sheffield, South Yorkshi.